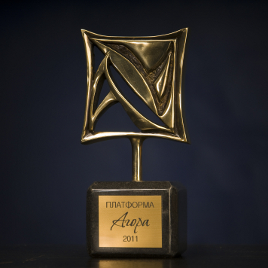 Stories about 48 "good deeds" arrived at AGORA's address till February 20th when the deadline for submission of entries for the Contest AGORA 2011 expired.

The successful initiatives that are going to compete for the awards in the third Contest issue are quite diverse and related with: children's festival events, new spaces for culture, information and social services, festivals for dance, songs and food, traditional celebrations and recreation of rituals, ecological and tourist initiatives and last but not least initiatives related with children and elderly people with disabilities.

That confirmed the fact that there are active civic communities all over the country from Svilengrad to Vulchedrum.

In the next days, the Contest Jury, consisting of 10 members will go through the submitted entries in order to nominate the ten most original and touching initiatives. They will go to the final round where during the official ceremony the nominated initiatives will be presented live to the audience.

The official Award Ceremony for announcing the winner and the special awards in Contest AGORA 2011 will be held on March 15th, 2012 at Dedeman Princess Sofia, Hall "Diamond", 131, Maria Louisa Blvd.

Till then we are awaiting the difficult nomination process and selection of the Contest Jury!