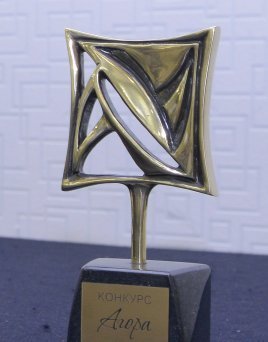 For an eight consecutive year Platform AGORA will award Chitalishta that together with the people from their settlement contributed to better life on local level and initiated change in their town or village.

Contest AGORA is for those Chitalishtes implementing their initial role of unifying center of the local active people with an innovative mindset.

The Contest Jury will select 5 (five) finalists among all submitted initiatives in five categories:

• "Art and Culture for Development";

One of those finalists will be the Contest AGORA 2016 big winner after the audience vote during the official ceremony that will be held on March 31st, 2017 in Sofia, Hotel "Ramada", hall "Opal".

The event is organized by Platform AGORA, financially supported by the Charles Stewart Mott Foundation and in partnership with PRoWay Communication Agency and Hotel "Ramada Sofia". Contest AGORA is held with the media support of the Bulgarian National Radio and ngobg.info (Information Portal of NGOs in Bulgaria).

In order to submit your entry read the Contest guidelines (only in Bulgarian language).

The deadline for submission of entries is February 24, 2017.